It’s only taken a month, but I finally grabbed the Easy Content Template plugin for WordPress.  Previously I was opening up old posts and copying the stuff across… then I remembered it’d be much, much easier to just, y’know… set up a template.

Hey, sometimes I can be efficient.

Again, it’s not a list of goals that’ll set the world alight, and I’m already starting to get stressed by the Singer/Songwriter story – not because I don’t know what to write but because, thanks to my home life and variable working hours, I don’t have the time to sit and write.

I got a finger-wagging month or so ago because I wasn’t Writing Every Day and Publishing Every Month and did I really Want To Be A Writer?  And I’m really happy for them that they aren’t a full-time carer in full-time employment with all the fun of their own full-time disabilities as well, but some of us need nice, quiet alone time to be able to think and write.  I already know from NaNo that if I try to write in 5-10 minute bursts, I end up having no fucking idea what I wrote previously.  Yeah, I can edit it later… but then it’s twice as much work as actually writing it properly in the first place.

So… y’know, should anyone get the random urge to go dictating ‘advice’ to people, have a little think.  And if someone’s trying to work, care for someone and also has days when they can’t stand upright for longer than ten minutes without crippling hip/back pain (but still has to do all the cooking, cleaning, recycling/bins etc.), sneering at them and telling them it’s not an excuse is, possibly, not the best argument you can make.

If something works for you, great!  Fantastic!  I hope you keep on at it!  But writing is not a one-size-fits-all gig.  Don’t try to demand that it should be.

It’s been a week that feels a little like swimming through treacle.  Time has gone quickly and at the same time had much the same feeling of pace to it as the average garden snail on a particularly aimless day.  I’d say I need a holiday, but aside from the fact it’s only January, I think we all know what I won’t get to have at any point in the foreseeable future…

I’m actually enjoying having goals set out.  It gives me that odd feeling of accomplishment when I achieve them.  That’s why I tend to work towards smaller goals: if I announced big ones, I’d end up panicking and fail on everything.

I love my brain chemistry so much.

And by the way… the Spotify playlist for the story is right here.  Here’s hoping it expands / adjusts as I (slowly) add to it and fiddle around.

I’d love to center it but… yeah. WordPress. 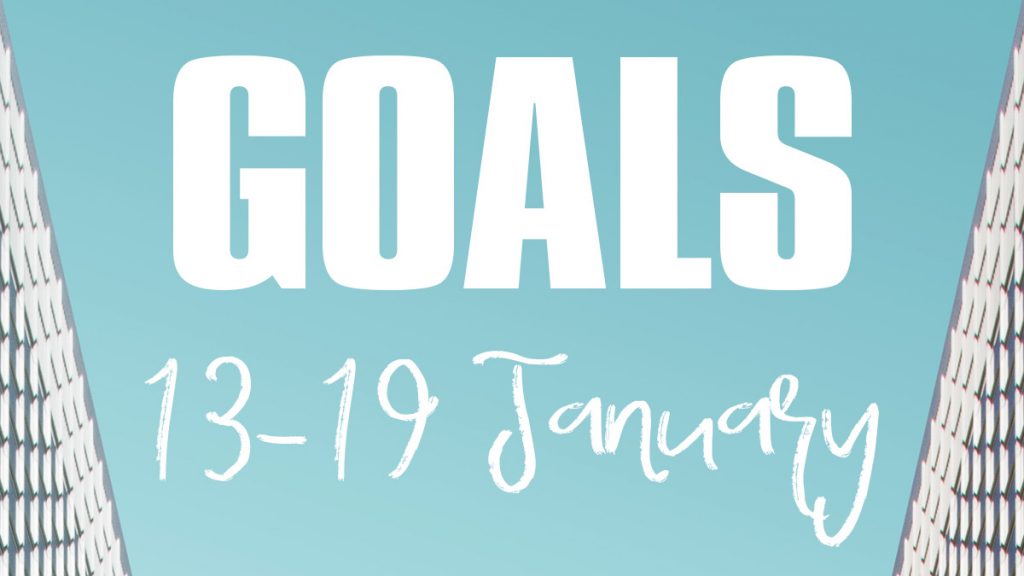 An odd week this week.  At one point I wilfully forewent an easy afternoon in favour of a solid five hours of work.  Made me very glad I now finish at 6pm instead of 9pm…

It’s also been a week of random research, mostly into the Cornish language (Kernewek), since Blake’s surname was voted to be Saint-Ives, and dokkalfa usually have the surnames of the city or town they first registered.  Mostly I was trying to find a Cornish word for ‘elf,’ except there doesn’t appear to be one.  There’s ‘ælf’ cropping up a few times in place names, but those are the same across the country.  Of an actual folklore term?  Not a sign of it.  The closest I could find in terms of folklore-closeness was the ‘Small People’ (pobel vean), and then got ranted at by Blake in my head, because it turns out he’s a bit touchy about only being 5’6″…

I recommend a Google Maps stroll around St. Ives though, it’s a beautiful place.

The first week of this has been, unexpectedly, a success!  Admittedly I didn’t write enough goals to really stretch myself, but then, writing too many for the sake of it would be a demoralising waste of time, so it’s swings and roundabouts.

It’s hard to achieve a work-life balance sometimes when work is constantly shifting goalposts and life likes to bite me in the arse, so I think I’ll stick with the narrow goals and hope one day I can stretch to expansive, demanding ones that won’t then result in a breakdown. You’d think it wouldn’t take me so long to know my limitations, but there we go.  I’m not a fast learner.

This year I’m also going to try to remember to start adding content to Patreon again. It’s a bit difficult because I don’t think there’s really anything I can imagine anyone wanting to pay for, so I guess I’ll have to try to figure that out somehow.  I’d say it’ll be a challenge, but it’s not one I’m willing to add to the to-do list yet! 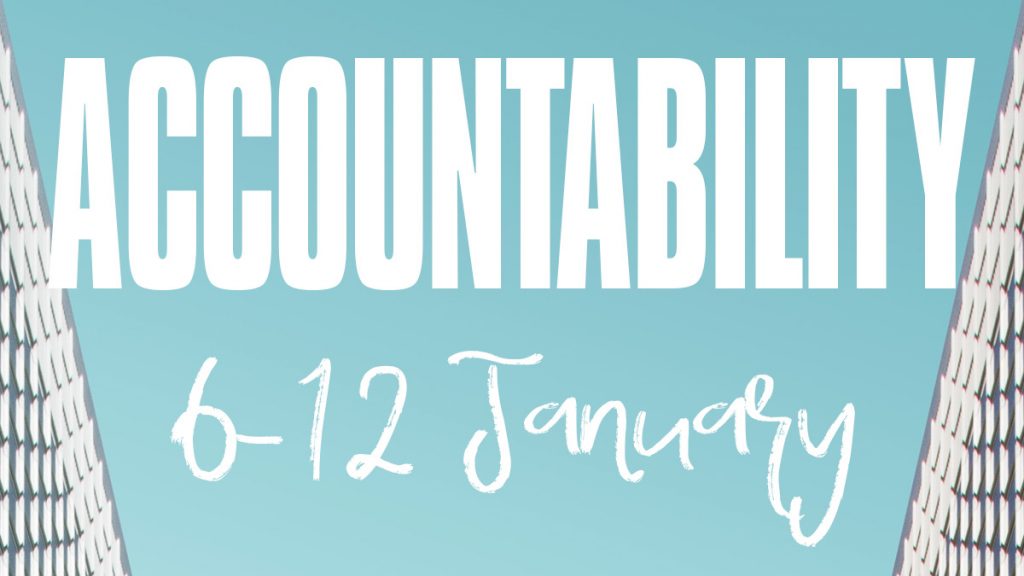 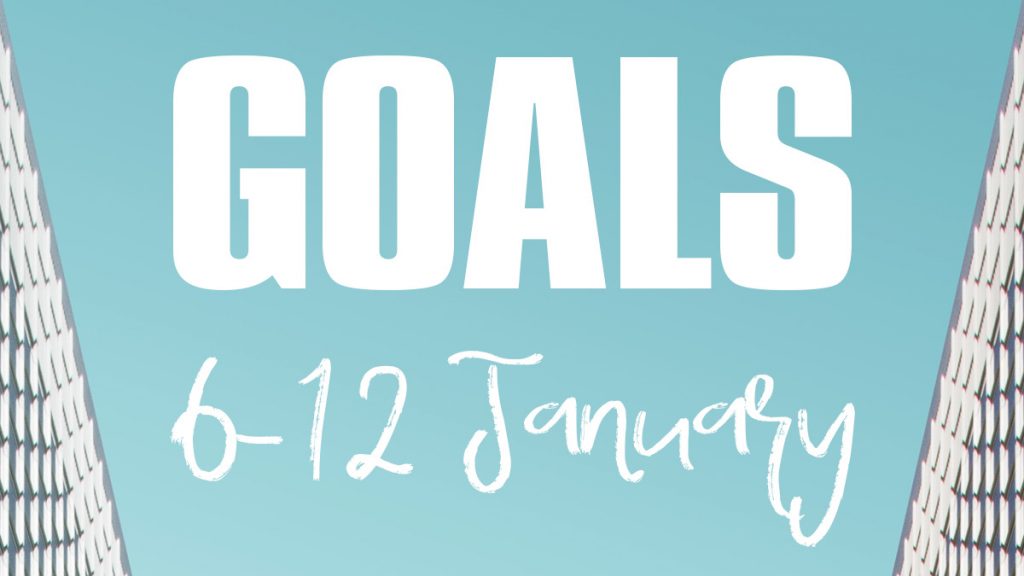 I’m going to try something different this year: accountability posts for projects I’m working on.  I’ll post a new one for the week each Monday, and each Sunday I’ll compare what I’ve done with what I’d hoped to achieve.

Now, this should be a fascinating experience, not just because executive dysfunction is a bitch to work with, but also because my work schedule will wander off at any given point with either no warning or next-to-no warning, which makes planning things difficult.

Still, we won’t know if we don’t try, right?

As an aside, lacklustre titles are dangerous.  Any title is dangerous, because familiarity can make it hard to shift…

May as well make this its own thread. First, the Laws of Naming Things, written after many long years during which naming *anything* in the game was the most contentious thing the team could ever do. pic.twitter.com/wsezvybO9T

Eventually the laws led to my Rules of Naming Things, which was how I made naming stuff not make me want to tear out what little hair I had left. pic.twitter.com/gjsXycaDfL

Just one caveat: for the love of God, don't use temp names that you don't want to risk sticking. Name it "Purple Monkey Screwball", something you CAN'T POSSIBLY use. Because if it can, it will. This is the Side-Rule of Thedas. 😉

So we will see how this week goes, and how this accountability thing goes, and how the short-notice-day-job thing goes.  Even if I am a little miffed that my nice writing day tomorrow is now a less-nice but better-paid incessant-working day, here’s keeping my fingers crossed for a productive week.

And at least I’ll no longer finish work at 9pm! 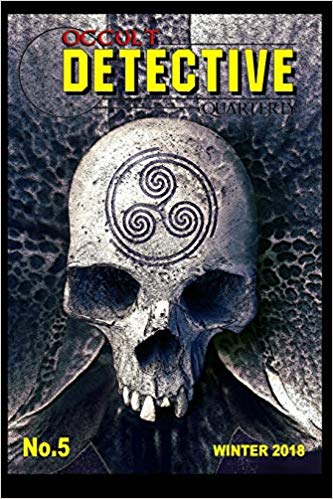 Finished the excellent Occult Detective Quarterly #5 today, which was kindly sent by one of the editors as a bonus for backing the ODQ #4 Kickstarter. Honestly, I’d have happily backed a Kickstarter for this one too. Both issues have a great range of stories from various authors, and some of them lodge pretty firmly in your thoughts. There’s a couple here I’ll still be turning over in my head in a couple of weeks’ time. Particular highlights are teenage lovers sneaking into an old church, a twist on the ‘girl on a highway in the rain’ and a rock band with a distinctly unnerving studio.

You can pick up either an ebook version (Amazon US or Amazon UK) or the paperbacks (Amazon US, Amazon UK).

I own a copy of the Oxford Latin Mini Dictionary — because why not.  Flippancy aside, it’s handy in many ways, not least because I’m finally writing the story about the Roman soldier that’s been in my head for ages and it’s handy for finding quick cognomen for side characters.

But one thing’s always confused me about it: in the pronunciation guide, there’s this weird little section.

Does that leave anyone else a little bit confused?  Not just me?

It’s taken me over a year to realise why this is so weird.

You see, the thing is, in the UK southerners speak with a different accent to northerners.  Well, all regions speak with different accents to one another, but there’s something southerners do in particular: they elongate certain vowels (barth instead of bath, for example) and they do something particularly weird with their Us.  It’s most noticeable in words like butter, which seems to come out from southern mouths like “batter,” only not quite as harshly as if they’re talking about a cricketer.

And clearly the only people who would ever be interested in speaking Latin (according to Oxford University Press) … are southerners.

I’m half-tempted to send them an email about it where all short ‘a’s in the email are replaced by ‘u’s and we’ll see how they​ like it.

* If I sound like I’m implying southerners are a totally different breed to northerners…  I guess I pretty much am.
Don’t worry, it works both ways; they treat anyone north of Watford Gap like they’re an alien species too.  As a reminder: the Midlands is not the North, it’s the middle.