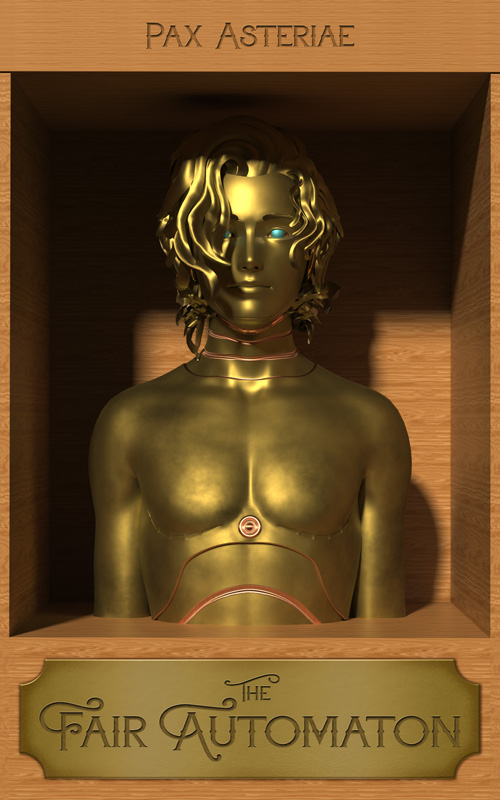 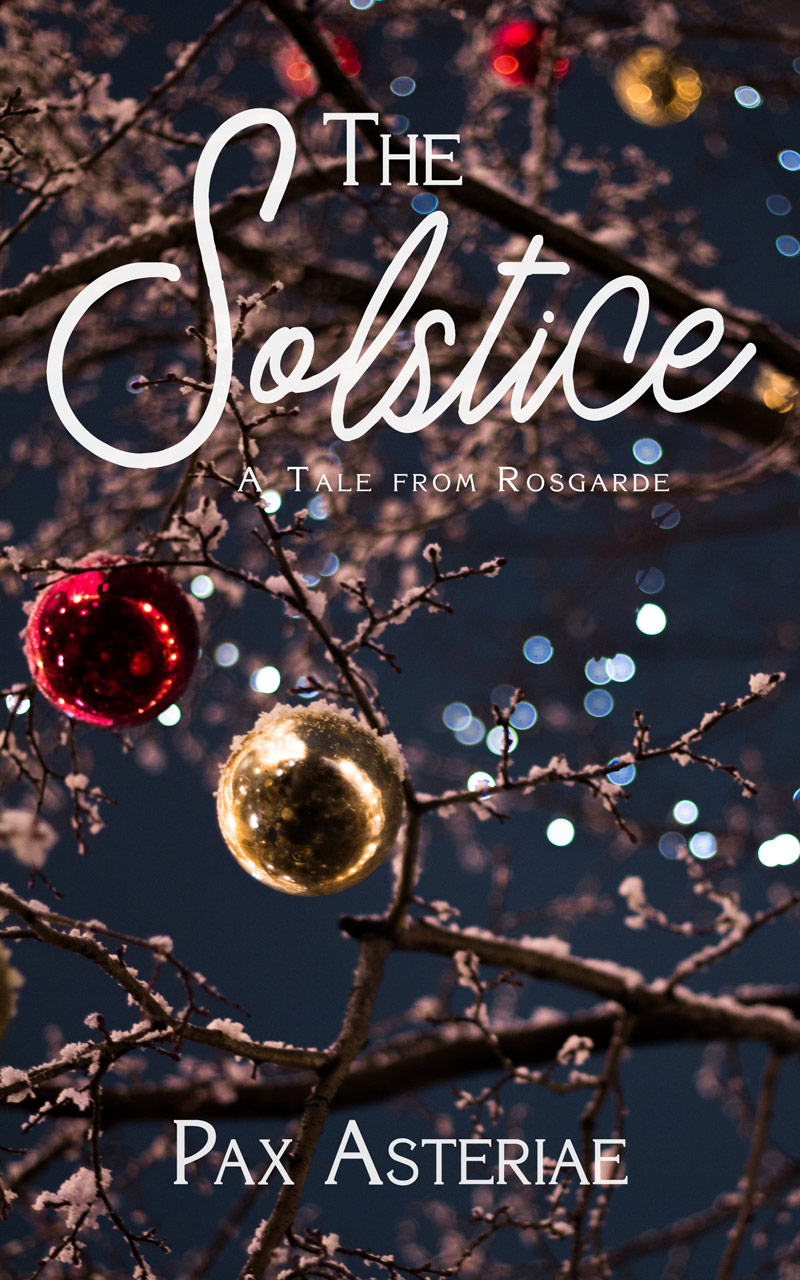 In payment for his father's debt to Baron Lagran, Tallon is forced to work as a servant for a year, for none other than Dorin, the Baron's handsome son, and Tallon can't think of anything worse.  Dorin is silent, uncommunicative, and all the good looks in the world can't make up for his aloofness.  He even ignores all the doors Tallon slams!

Except it seems Dorin is as misunderstood by his new servant as he is by his father.  As Tallon gets to know him better he starts to find the real man beneath the quiet exterior, until one Solstice night things come to a head.

But do Solstice miracles always occur, or will Dorin Lagran be forever out of Tallon's reach? 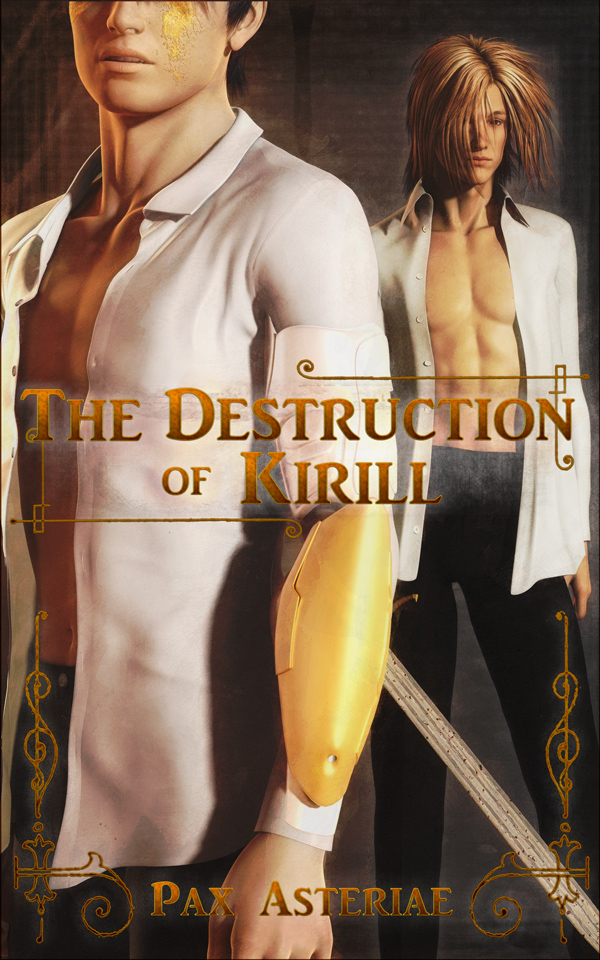 Kirill jerked upright with a gasp that dragged dusty air into his burning lungs, clinging to unfamiliar, unclean sheets. In a bed, in a room; not his bed, not his room. This house, Niko’s manor—
A hand pressed to his sore shoulder, firm and insistent. An unfamiliar voice said, “not so fast there.”
No, it wasn’t—it couldn’t be, but it was so familiar— Panicked, he clung desperately to the hand.
A second carefully caught his wrist and pulled it clear, fingers tight around the joint. “That won’t help. Take a deep breath, calm down.”
Unable to move, Kirill obediently froze until his throbbing head was able to form a single coherent thought. “You’re not Niko.”
The owner of the hands peered down at him, a narrow, angelic face topped with a wild mop of curly brown hair. He appeared to be around the same age as Kirill. “Not last time I checked, no. Pretty sure I’ve always been me.” Once he was sure Kirill would behave he relinquished his hold, flopping back into a rickety wooden chair beside the bed. “I pulled you out the rubble, don’t I get a thanks?” 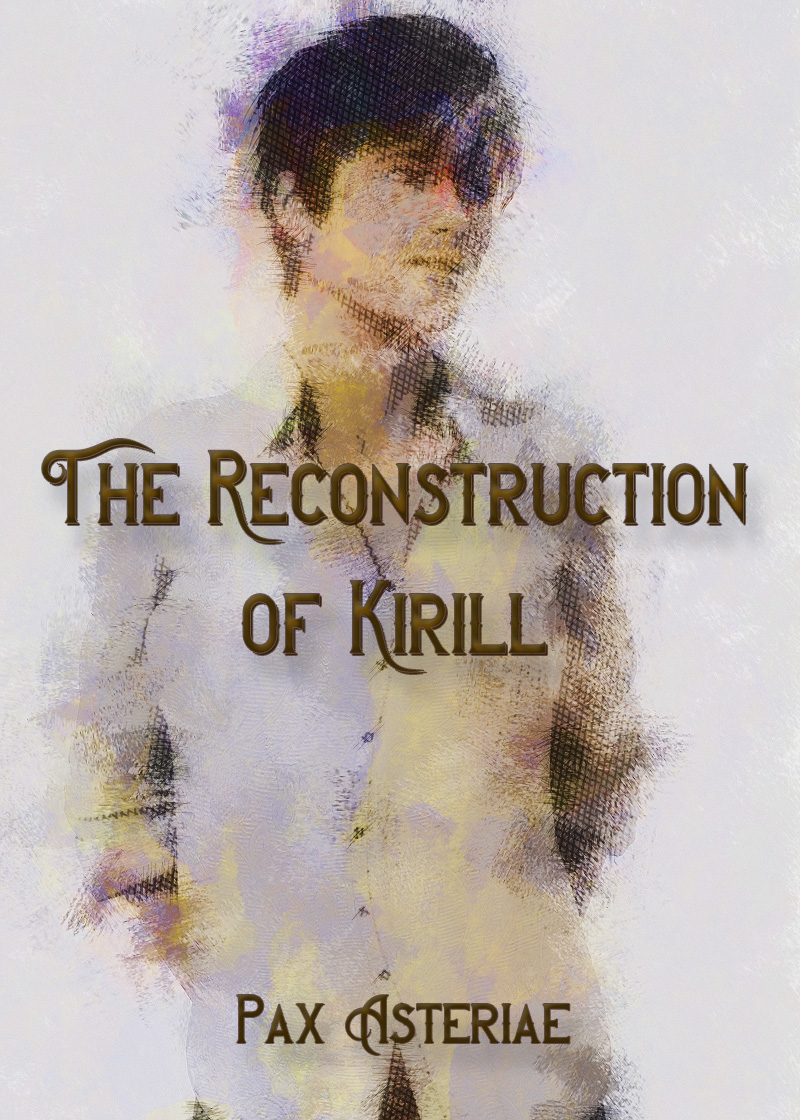